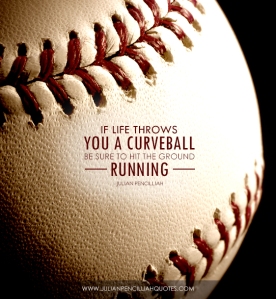 Like the saying goes – Life does sometimes throw you curve balls. If you catch them or drop them is up to you but hopefully they don’t send you more than one at once! Last week I had to juggle a bit and it has taken me a while to get through it.

Chemo came and went and being very cocky I thought I was doing really well, no sickness and the usual malade of the other treatments. I did have a slight sore throat on the Tuesday but wasn’t unduly worried. In fact by Friday I was back at work just for a few hours and although tired at the end I as always enjoyed being back in the thick of it and being normal again.

Saturday I wasn’t feeling so hot but I went to work but was sent home by 3pm and stayed in bed for the next day and half feeling cold and achy and basically crap. On reflection I should have phoned the hospital but didn’t until the Monday when they said they were sending a taxi for me (Mum was taking the dogs out) as they were worried.

The journey to Airedale was long and slow but the nurses at HODU were quick and had me in a side room where I proceeded to throw up – mashed potato doesn’t look so good second time round!  Bloods were taken and I was given intravenous antibiotics – oh my god what a reaction! I came out in hives all over my head, my mouth and lips started tingling – what a sight I must have looked!

The doctor came in to give me something to counteract it and I was given oxygen – wish you could bottle that and take it home. As a precaution I was given a bed on Ward 19 so they could monitor me overnight and Tuesday I was discharged.

Trying to be positive all the time is very hard and I did succumb to tears and feeling sorry for my self – I do hate having to rely on people especially my Mum who has to take on the burden of dog walking – my two are quite a handful but cute!!

Thursday saw another trip back to the hospital but this time to see to the Radiotherapy specialist and a shock was in store when I thought that the 5 days of treatment was in fact 15 but over 3 weeks and when she had gone through the treatment I think the worse thing is getting to Leeds and back!

Yesterday saw me doing normal things – taking the boys out and giving Mum a rest by making spaghetti Bolognese for tea. And that’s the things I love – having just enough energy to be able to do the small things – the bigger things will come when treatment has finished.

So while the last couple of weeks I have had a few balls to catch, some of which have been dropped but the majority are still flying high and that’s how I intend things to keep on going.